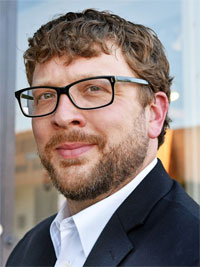 Robert Luckett, Ph.D.
Associate Professor of History and Director of the Margaret Walker Center for the Study of the African American Experience at Jackson State University

Robby Luckett received his BA in political science from Yale University and his PhD from the University of Georgia with a focus on modern civil rights movement history. A native Mississippian, he returned home, where he is a tenured Associate Professor of History and Director of the Margaret Walker Center for the Study of the African American Experience at Jackson State University. His book, Joe T. Patterson and the White South’s Dilemma: Evolving Resistance to Black Advancement, was published by the University Press of Mississippi (2015). Along with several publications and presentations at numerous academic conferences, he has appeared in documentaries, including the Independent Lens film Spies of Mississippi as well as An Ordinary Hero about the life of Joan Trumpauer Mulhollhand. He is an Advisory Board member for the Mississippi Civil Rights Museum, and he is on the Board of Directors of Common Cause Mississippi and the Association of African American Museums. In 2017, Mayor Chokwe Antar Lumumba appointed him to the Board of Trustees of Jackson Public Schools. He has three children: Silas, Hazel, and Flip.

Robby currently serves AAAM as Secretary and Chair of the Conference Planning Committee.