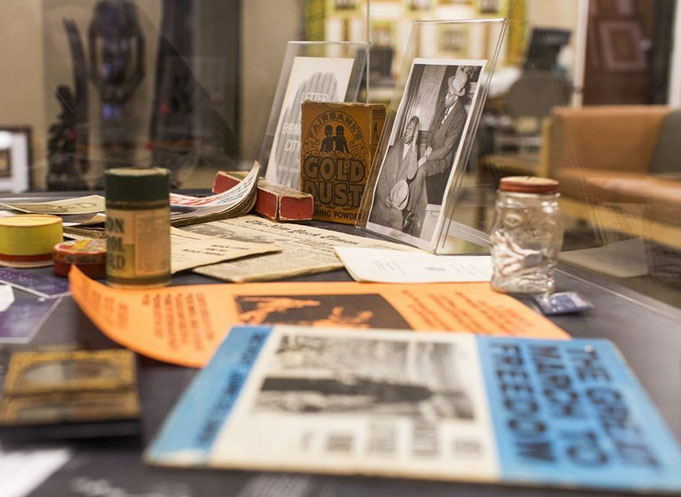 Oral history, in African culture, was performed by the griots or storytellers. They kept the history and traditions of the family, tribe and nation, but was generally considered a masculine job. When Africans were brought to the Americas, that duty shifted to our womenfolk. In recent times that person was a grandmother, granny, nana, grandma or GRAAMA. Our acronym describes much about our mission: collecting and retelling the rich, colorful stories which composes the historic African American tapestry of living in Grand Rapids.

Through funding from the W. K. Kellogg Foundation, a $25,000 grant from the Michigan Humanities Council in 2014 allowed GRAAMA to begin Grandmas' Voices. This project initiated the recording of oral histories from older African Americans in Grand Rapids and West Michigan. These black diamonds were just the start of the vision behind GRAAMA. As December came to a close in 2016, in collaboration with Downtown Grand Rapids, Inc., GRAAMA opened its doors at its current site. The intimate, 2,100 square foot setting is only a temporary measure, as GRAAMA is currently in the planning stages for a new 13,000+ square foot contemporary museum in Grand Rapids' downtown district.

GRAAMA's logo is derived from one of the many Adinkra symbols originating from modern-day Ghana. The first collected piece of Adinkra cloth was recorded in 1817, meaning that the symbols existed as early as the 1800s, and possibly prior to that. The intricate symbols represent concepts or proverbs, as well as serving as decorative artwork on fabrics and pottery. This specific symbol's official name is nea onnim no sua a, ohu meaning, "he who does not know can know from learning."

Member since 5 years ago
View Profile