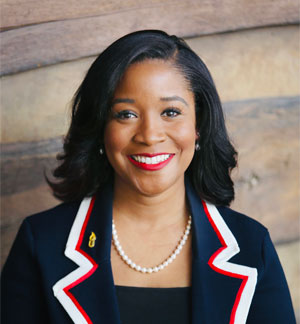 Dr. Ashley Jordan is the President & CEO at the African American Museum in Philadelphia. Prior to serving in this role, she served as the Executive Director for the Evansville African American Museum in Evansville, Indiana. In addition to her professional experiences in public history, she has also served as an adjunct professor for North Central State College in Mansfield, Ohio. In May of 2017, Dr. Jordan graduated with her doctorate in United States History from Howard University. She completed her undergraduate degree at Kent State University and graduated with a bachelor’s degree in history with a minor in political science in 2008. Dr. Jordan is also the proud recipient of numerous professional, academic and civic awards including the Pace Setter Award from the Association of African American Museums, a multiple doctoral fellowship recipient for the Filson and the Kentucky Historical Societies and the Black Excellence