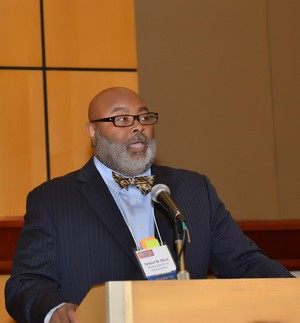 Samuel W. Black is the Director of the African American Program at the Senator John Heinz History Center.  He is a former President of the Association of African American Museums (2011-2016) and served on the Executive Council and the Advisory Council of the Association for the Study of African American Life & History (ASALH) as well as the program committee of the American Alliance of Museums. Black is a member of the Afro-American Historical & Genealogical Society of Pittsburgh and the former vice president of the ASALH Dr. Edna B. McKenzie Branch. He serves on the board of directors of the International Black Business Museum. He is the recipient of the Dr. John E. Fleming Award of the AAAM in 2016, a 2018 graduate of the Jekyll Island Management Institute of the Southeastern Museums Conference (SEMC) and a 2019 Fulbright Germany Transatlantic Seminar Curator of the Smithsonian Institution and Leibniz Association of Germany.

His administrative experience considers his serving on the Heinz History Center accreditation team and the development of its Museum of African American History initiative.