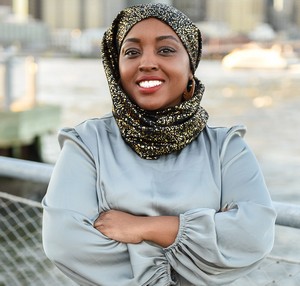 As a native New Yorker, Sabriyah fell in love with urban education and cultural programming when she was just a young child. A product of the New York City school system, some of her fondest memories can be traced back to her times as a student and active member of multiple community-based organizations. Inspired by her teachers and mother, who was a NYC school psychologist, Sabriyah became a special education teacher after receiving her Bachelors of Arts in Spanish from the University of Maryland College Park. Since leaving the classroom, Sabriyah has obtained a Master’s degree in Educational Leadership from Loyola University Maryland. Her professional journey has included work in educational operations management, education consulting, community school leadership, special education advocacy and most recently, museums programming. All of these roles have provided her with the opportunity to work with a wide range of stakeholders to develop effective, consumable, and accurate programs and experiences.

Sabriyah’s leadership efforts have led to her being recognized by the Baltimore City Mayor’s Office (Mayor’s Business Recognition Award), Dunkin Donuts (Community Hero Award) and numerous other acknowledgements. In 2015, Sabriyah was chosen to join the inaugural class of the Maryland Out of School Time Emerging Leaders and in 2017 she was selected as a National Fellow for the National After School Matter and National Writing Project. Currently, Sabriyah spearheads programming at the Banneker-Douglass Museum. She is charged with creating meaningful experiences for the public that align with the museum’s mission and vision. Since April of 2020, Sabriyah’s programs, both virtual and in-person have reached over 50,000 audience members.