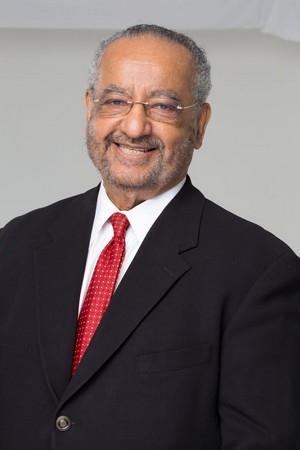 John Fleming was born in Morganton, North Carolina. He graduated from Berea College, Berea, Kentucky, in 1966. He attended the University of Kentucky and the University of Malawi before graduating from Howard University with a Ph.D. in American History in 1974. He served as a Peace Corps Volunteer in Malawi from 1967-69. He also served as an Education Specialist for the Kentucky Commission on Human Rights, and as Program Analyst for the United States Civil Rights Commission. He was a Senior Fellow for the Institute for the Study of Educational Policy at Howard University.

In 1980, he was invited to join the Ohio Historical Society as Project Director for the Development of the National Afro-American Museum and Cultural Center, Wilberforce, Ohio. The Museum opened in 1988 with Dr. Fleming as Founding Director. In 1998 he served as the director of the National Underground Railroad Freedom Center. From 2001 to 2007, he served as Vice President of Museums at Cincinnati Museum Center at Union Terminal, where he oversaw the operations of the History, Natural History, and Children’s Museums, as well as the Cincinnati Historical Society Library, the Geier Collections & Research Center, and the Edge of Appalachia Nature Preserve. He was the Executive Producer for “America I Am: African American Imprint on America,” a 12,000 sq. ft. traveling exhibition and served as the consulting director of the International African American Museum Project in Charleston, S.C. He serves as the senior consultant for the Mississippi Civil Rights Museum and director of the planned National Museum of African American Music in Nashville, Tennessee.

He was named by the Governor of Ohio to serve as a delegate to the White House Conference on Travel and Tourism and to serve as a member of the Ohio Historical Records Advisory Board. He was appointed by the Secretary of the Department of the Interior to serve on the National Underground Railroad Advisory Commission. President George W. Bush named him to the National Museum of African American History and Culture Presidential Commission. He is married to Barbara Fleming, a psychologist and author. They have two daughters.