May 15 and 16 Screenings: When Liberty Burns 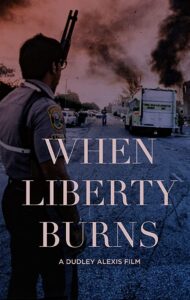 About This Event The documentary, “When Liberty Burns” highlights the life and death of Arthur L. McDuffie. On December 17th, 1979, after failing to stop for a traffic light, police officers gave chase. After realizing he could not escape, McDuffie surrendered. He was beaten until he lost consciousness. That beating by multiple officers caused his