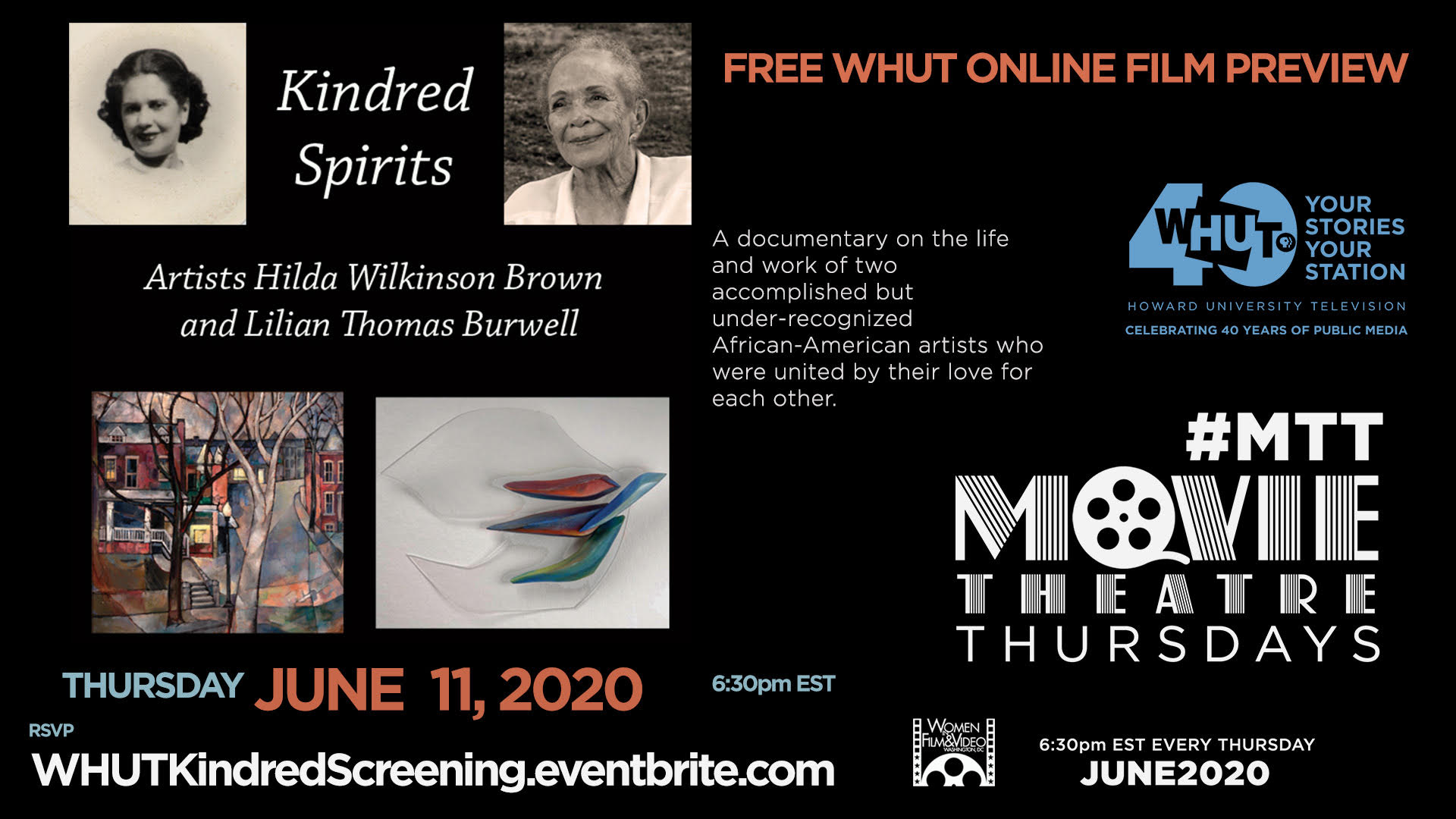 As part of its “Movie Theatre Thursdays” series, PBS station WHUT hosts a virtual screening and discussion of the new documentary, “Kindred Spirits: Artists Hilda Wilkinson Brown and Lilian Thomas Burwell,” produced by filmmaker Cintia Cabib. The film explores the unique relationship between an African American aunt and niece who, despite the hardships of the Great Depression and the inequities of racial segregation, became accomplished artists and educators.

Moderator:
Adrienne L. Childs is an independent scholar, art historian and curator. She is an associate of the W.E.B. Du Bois Research Institute at the Hutchins Center at Harvard University. Her current book is an exploration of blacks in European decorative arts entitled “Ornamental Blackness: The Black Body in European Decorative Arts,” under contract with Yale University Press. She recently curated the exhibit “Riffs and Relations: African American Artists and the European Modernist Tradition” at The Phillips Collection in Washington, D.C.

Lilian Thomas Burwell, one of the artists featured in “Kindred Spirits,” is known for her nature-inspired abstract expressionist paintings and unique “sculptural paintings”: carved wooden sculptures which are covered in painted canvas. Her work has been exhibited widely throughout the U.S., including at the National Museum of Women in the Arts, the Hampton University Museum, and the Smithsonian’s Anacostia Community Museum. Burwell was a master teacher in Washington, D.C.’s public schools, giving demonstration classes in teaching art in 17 schools, and taught art at Duke Ellington School of the Arts. She attended Pratt Institute and received a Master of Fine Arts degree in painting at Catholic University.

Cintia Cabib is an independent producer, videographer and editor. Her documentaries have aired on public television and have been screened at numerous venues throughout the U.S. and abroad. Her latest documentary, “Kindred Spirits,” is an official selection at this year’s Martha’s Vineyard African American Film Festival, San Antonio Black International Film Festival, and Maupintown Film Festival at the Jefferson School African-American Heritage Center in Charlottesville, Virginia.

Dr. Gwendolyn H. Everett is an Associate Professor of Art History in the Department of Art at Howard University. She holds a B.A. from Spelman College, an M.A. in Art History from Howard University, and a Ph.D. in Education from George Mason University. As director at the Howard University Gallery of Art, Dr. Everett curated and co-curated many outstanding exhibitions including “Visualizing Legacy: American and African American Highlights from the Permanent Collection,” “Peter L. Robinson, Jr.: An American Colorist,” and “Trajectory: Art, Artists, and Civil Rights in the Sixties and Seventies.”