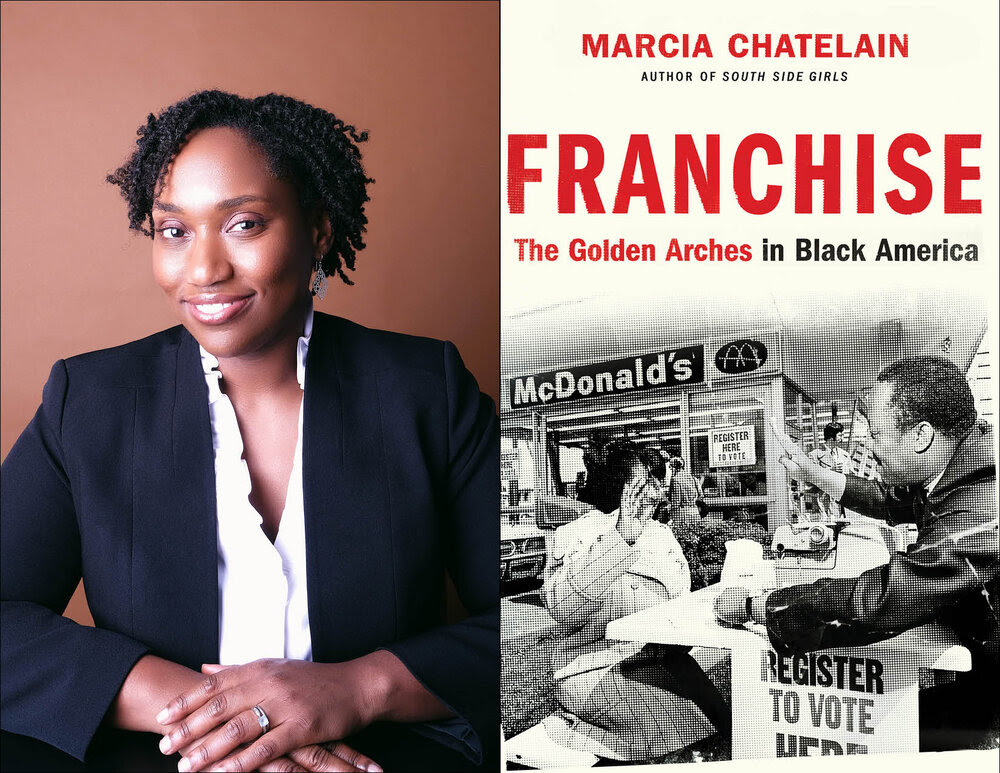 Often blamed for the rising rates of obesity and diabetes among black Americans, fast food restaurants like McDonald’s have long symbolized capitalism’s villainous effects on our nation’s most vulnerable communities. But how did fast food restaurants so thoroughly saturate black neighborhoods in the first place? Join the Lewis Museum with Dr. Marcia Chatelain  with her new book, Franchise: The Golden Arches in Black America for some of those answers. In Franchise, acclaimed historian Marcia Chatelain uncovers a surprising history of cooperation among fast food companies, black capitalists, and civil rights leaders, who—in the troubled years after King’s assassination—believed they found an economic answer to the problem of racial inequality. From civil rights to Ferguson, Franchise reveals the untold history of how fast food became one of the greatest generators of black wealth in America.

Dr. Marcia Chatelain is a Professor of history and African American studies at Georgetown University.