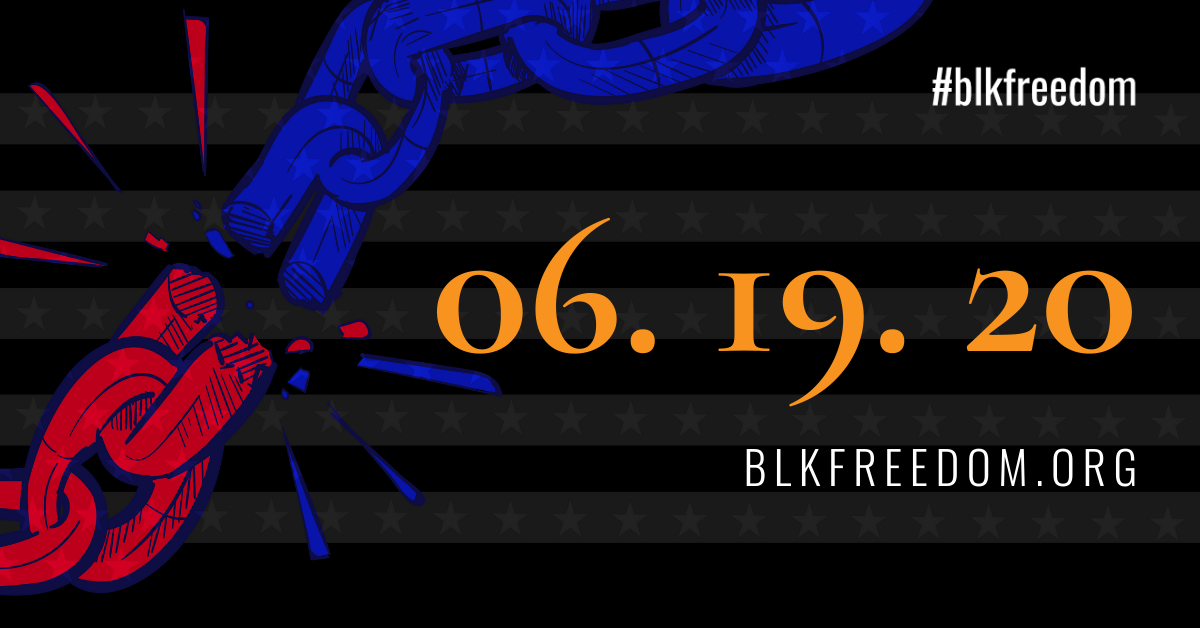 On this June 19th, six AAAM Institutional Members from coast to coast will join forces to launch BLKFREEDOM.org, a digital commemoration of Juneteenth, the day that the Emancipation Proclamation was officially enforced, ending enslavement in Texas. BLKFREEDOM.org will air an original video presentation featuring appearances from Lonnie G. Bunch III, the first African American and first historian to serve as the Secretary of the Smithsonian Institution, as well as Dr. Johnetta Betsch Cole, anthropologist, educator, museum director, and the first female African American president of Spelman College, and the Honorable Carla Hayden, Librarian of Congress, the first woman and the first African American to lead the national library. The program will premiere at 12:00PM EST/11:00AM CST/ 9:00AM/PST on June 19th, 2020.

The launch of BLKFREEDOM.org will commemorate the 155th Anniversary of Juneteenth. Juneteenth dates back to June 19, 1865 when union soldier, Major General Gordon Granger, landed at Galveston, Texas with the news that the war had ended and that the enslaved were now free. This announcement was more than two and half years after President Lincoln signed the Emancipation Proclamation.